- October 02, 2016
It wasn’t the most eventfull week, but it was one to mention. Last week I changed my spin classes giving me a lot of free time. Despite of that I didn’t do much with it. Mostly I had to fill in forms for my studies. Well first I had to find some studies that I am actually interested in. And after that I needed to fill in applications so that I can find myself a house in Amsterdam. That is where I want to study in case you didn’t know. 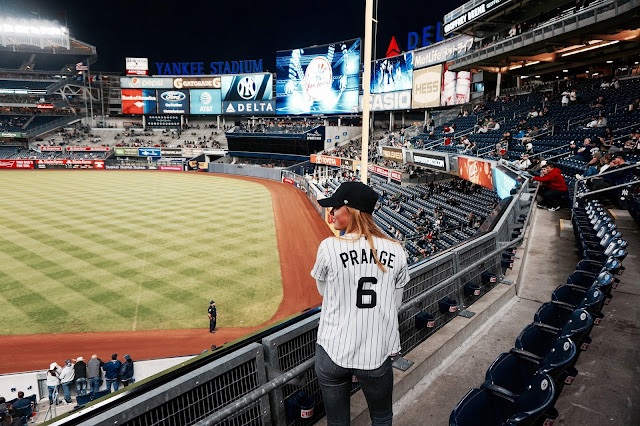 On wednesday things turned around for the better. Or so I thought.. EF organized A trip to the Yankees game. It looked like everybody was going,  the train almost bursted of all the people in it. I was really excited though, and looking all ready in my Yankees cap and customized vest. Me and my friend even decided to get fries, which we never do. And it was all fun, but than it started to shower. I mean not rain rain, more like a slight drizzle. However, it was enough to dempen the mood a little. Oh and the cold, do not let me get started on how cold it was because it was almost unbearably cold. But we, being to complete troopers that we are, found the strength to carry on. It’s not every day you are at a baseball game in New York City. But than as time went on the game got more boring and boring, and soon we found ourselves sitting in the back of the stadium hiding from the rain. Literally nothing was happening, at all. So soon after, we got up and headed back home. Later to realize that we missed possibly one of the greatest games in the season yet… Because in the last fifteen minutes the Yankees decided to score a grand slam. As you might have guessed, now I was really pissed. Seriously, It is said about me that I sometimes suffer from FOMO. I had a real hard time coping with that. 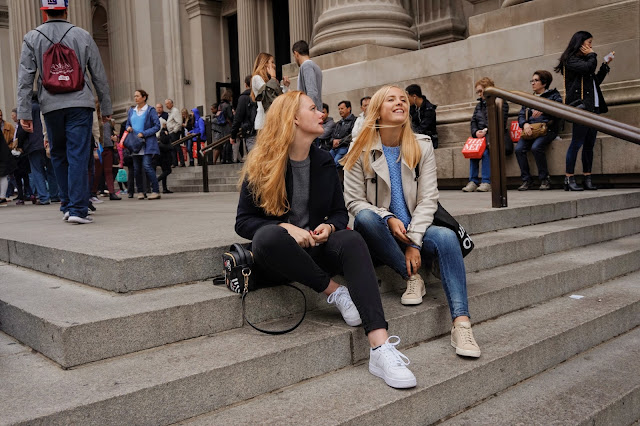 On Saturday we went to the Met Museum. Like the fan girls that we are, we ,as you do, held a little photoshoot on the gossip girls stairs. Only the yoghurt was missing, otherwise we would have been Blair & Serena 2.0. Afterwards we did go into the museum. We kind of head to only if it was just for 1.5 hours. It wasn’t that special, but maybe that was our fault. Well I am almost certain that it was.
All in all it was a pretty good week.
Yours faithfully,
Elianne
EF Moment EF New York Gap Year New York New York City Diaries Travel