- October 08, 2016
Week three went by so fast I can barely remember what happened. Well actually not really that much happened. We attempted to do the laundry. That was an adventure. Certainly because we, luckily just in time, found out that we didn't buy laundry pods but dishwashing pods. Besides the obvious big white dining plate on the front of the package and the prevailing smell of dishwasher that did not ring a bell. It worked out though, we just stole some from our roommate. Don't worry we will replace them, one day probably. Furthermore, on Saturday we went into the city and made some really beautiful pictures. 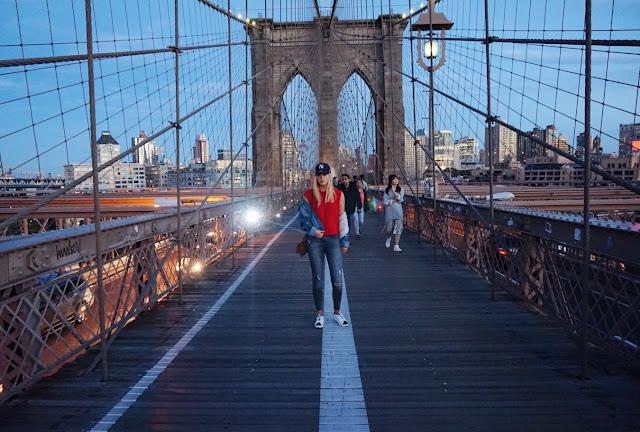 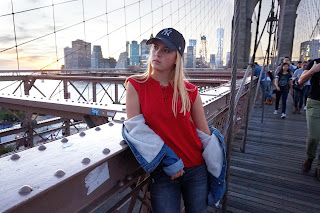 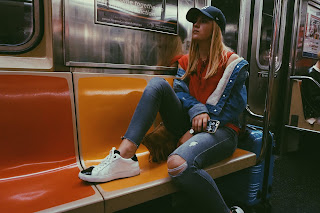 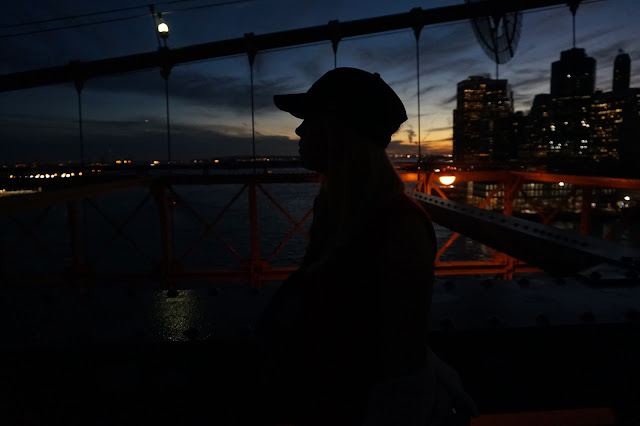 It was a rather spontaneous idea really. We just got up went to breakfast had a shower and headed to Friday's language lecture. After about 45 minutes and playing about an estimated of 100 Fruit Ninja rounds, I decided that we were not going to spent this beautiful day sitting inside doing close to  nothing. It took some persuasion because we had planned a shopping trip the next day, but I stated that we could do that the day after. So we got up, ran to our room, packed our suitcase and ran to the train station. And yes we did bring a suitcase full of clothes, don't judge.
Once in Grand Central we first had to go to the Brooklyn Bridge by Subway, which we had never done before. In contradiction to what I had imagined it went rather smoothly. And two hours after the defining moment we stood there, on the Brooklyn Bridge.
I had seen the great iron and brick structure bridge before, nonetheless I was still amazed.
It took us more than 2 hours to cross the bridge, just constantly stopping to take pictures. God it was just too beautiful to capture it in one single photograph. If I think about it we probably made like 1000 photographs that day. 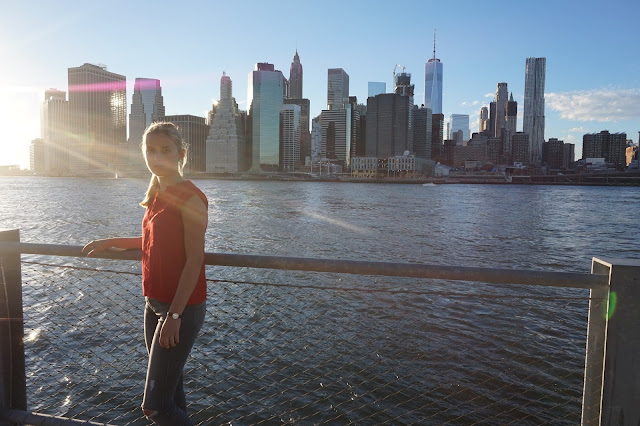 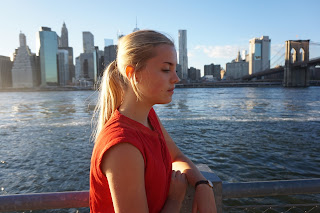 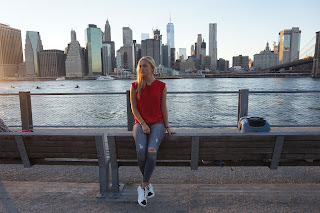 We got a little lost when we first entered Brooklyn. You can't really blame us, our minds weren't really working properly anymore from all the impressions. Plus we were extremely hungry and thirsty, and had to use the bathroom as soon as possible. Fun Fact; we never found one. After eating our delicious acai bowl, we walked to the Brooklyn Heights. The Heights is a long promenade from where you can see the Manhattan skyline. Before taking pictures we had to change outfits. We found a somewhat sheltered place between some foliage. Let's say it was an adventure. In the end everything was worth it though. We got to admire the sunset amongst hundreds of New Yorkers. Trust me at times like those it is hard to grasp life for what it is. A good friend and the concrete city is all it took to make that day unforgettable.