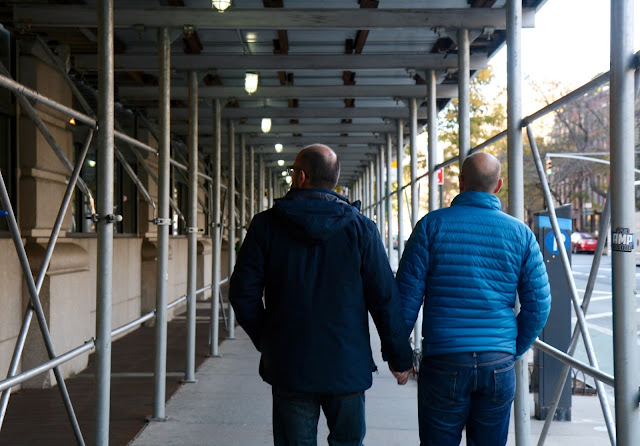 'I totally agree. Do you think this will become harder since Trump is now the next president?'

'Personally I do not think so, I am worried though that the right to same sex marriage will change back to what it was.'

'Of course Trump wants everything to go back to the mostly white Christian community that America used to be.'

'Yes unfortunately. I am still doubtful about whether he will actually go forward with his plans. The Republicans do have majority in the congress, which does not improves the outlook for the future of the LGBT community in America.'

'I know I even heard that -I mean everybody knows Trump is Christian- that he wants to send people who are attracted to the same sex or trans people to camps where they are told that it is wrong and he wants to "make them better" in the sense of making them straight again. How do you feel about that?'

'Yes it true I read about it too. Of course I do not agree, I am a gay man myself and I think there is nothing wrong with loving the same sex. I actually think it is not really about that, I think it is about loving the soul and the spirit of a person and not about the body itself.'

'But you are attracted to only guys?'

'No I have dated girls in my past.'

'So would you label yourself as bisexual not that I want to label you. I do not believe or support labeling people.'

'I get you and yes I feel the same way, I do not think we should put people in boxes and say "stay there, stay in your lane you're a lesbian now", but yes in the classical sense yes you are right I am bi.'

'Yes of course, please go ahead.'

'I do feel strongly about this subject I just do not feel the need to go out and tell everyone my opinion but I do like to say something now. I feel like nowadays a lot of people say it is a disease and it is spreading since there are a lot more people coming out. I do not feel that that is the case, I think society is evolving in a way that it is OK to be yourself. A lot more people are just comfortable with who they are and whom they love.'

'Exactly yes. I follow a lot of social influencers who are part of the LGBTQ comunity and they've all made there own videos or posts about for example coming out or "how to deal with criticism" which makes it a lot easier to come out for what or whom they are especially for kids.'

'I know it's great the support for and access to those types of situations and information makes a great deal of a difference right now and everybody is doing what they can right now to make things better or at least not worse.'
Gap Year Letters Of Intent Love Manhattan New York