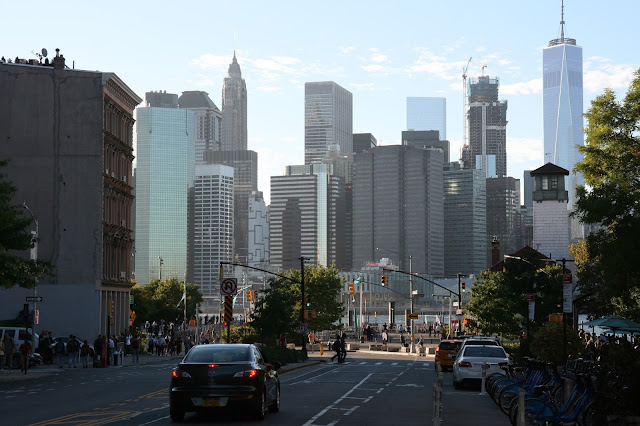 A friend of Renee was in the city this week and they decided to out for dinner together. She was with someone, so naturally Renee invited me along. I had expected it to be kind of awkward, like these kind of things usually tend to be but I was pleasantly surprised. We still had to get past my age since I've always had the struggle here on my gap year that I am actually younger than most people think, which is annoying. Luckily it didn't seem to bother them that much. We met at Renee's and mine favorite new cafe, which is more like a healthy snack bar called by CHLOE. We ate dinner talked a lot about school and what we wanted to do later on in our life. We had planned to go to Bryant Park because they hadn't got the change to go and see it yet. We sauntered past many little shops only going in to escape the harsh cold for a couple of minutes. It is fun because you can say whatever you want to say even if it is really really rude because nobody will understand it anyway. I will have to get used to being more polite when I get home.

This week was Thanksgiving weekend only we didn't really do a lot of thanks giving itself. We planned to go to a local family to have dinner, but then it turned out that the discount shopping started on Thursday, and we found that a little bit more important, because the lady behind the support register at our shopping mall said that a lot of items would likely to be gone on Friday. The apple pie that we were told to buy for the host family became of no use to us, which was a shame, but we decided that we would give it to the homeless people once we got to the city. Our plan was to go to the movies on Thursday, (Thanksgiving day) which we did. We saw the new Disney movie Moana, I thoroughly enjoyed it. And then later we would go shopping until 11:30 pm, then we would get on the latest train to the city and continue our shopping spree there.
The clock just turned 10 when we decided we had had enough and called the cap to pick us up. We sung Adele on the way back and were very satisfied with the result of our shopping day. On Black Friday itself we didn't do any shopping, we just went to the gym. Saturday was a lazy day, and Sunday we went out to get froyo in Tarrytown.
As you may have noticed we never made it to the city and had to throw our pie away. It made me sad but at least we tried to do a good thing right?