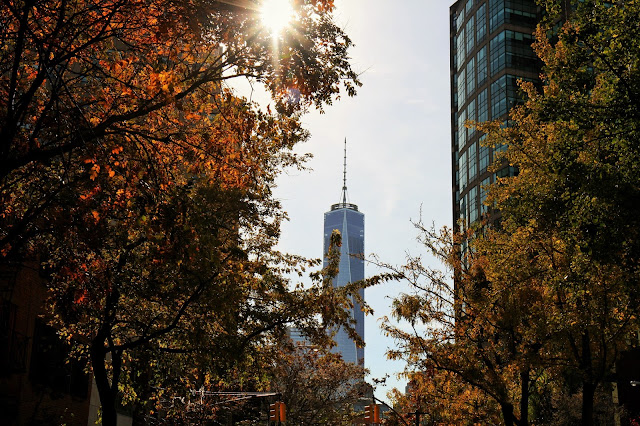 It was a dark day for all of us. The unthinkable became real. The unimaginable became reality. The thing all Americans with brains feared would happen, happend.
Although we had talked about it a great deal in class over the last months, it still felt unreal. We started watching it on a big screen in the movie theater here on campus with a lot of students. It was about half past nine. At eleven Trump was still in the lead when we moved to the lounge. We got kind of bored at around twelve, not knowing we still had a long way to go. We played some stupid games, irritated each other, laughed a bunch. And then a couple of guys joined us. They were joking about Trump becoming president. Well two of them were joking, the other guy I am not so sure about. Then we got kicked out and went to our room. Finally, at three thirty am, the night ended. It was a horrible one. Trump became the most powerful man in the world. Everybody was shocked; everybody was scared; the dollar went up; Canada's immigration site crashed;  and orange became officially the new black.
Soon after, my roommate jumped out of bed because of a immensely big bug that she had found crawling near her head. If that isn't a sign I don't know what is. 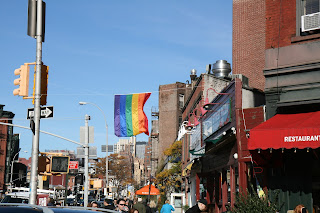 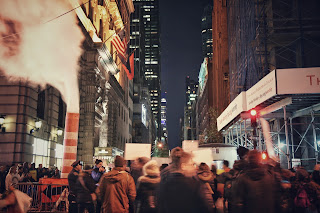 The protesters were still going on when we arrived in New York on Saturday. We didn't notice any differences at first so we decided to check out a cool part of the city called Greenwich Village. The Village is a really popular neighborhood for young people. You have for example have a gay area where you can find everything from 'the amazingly gay ice-cream shop' to 'the wine and dine'. The rainbow flag fluttered in the wind and all seemed well in the world. It wasn't until the sun went down and we approached the Trump Tower that things took a toll for the worst. We could hear the riots from all the way down the street. When we got closer it was clear to us that the people demonstrating were the last of the bunch. Everything had died down a bit already. Some decided to go marching and they went uptown directly the way we were going. It looked like a fun-ish idea to march along side them. They shouted all the things you've probably heard said about president elect. I was impressed about how united it felt in such an divided country.

Sunday the team and I went to the gym. I did a little running, some ab workouts and a bit of rope jumping. Afterwards we went to breakfast which tasted as plain as usual.
The weather felt unusually warm when we went into the forrest. We took a couple of pictures; watched Harry Potter; were disappointed by the super moon and went to bed.
All in all it was a strange week with a lot of mixed feelings.