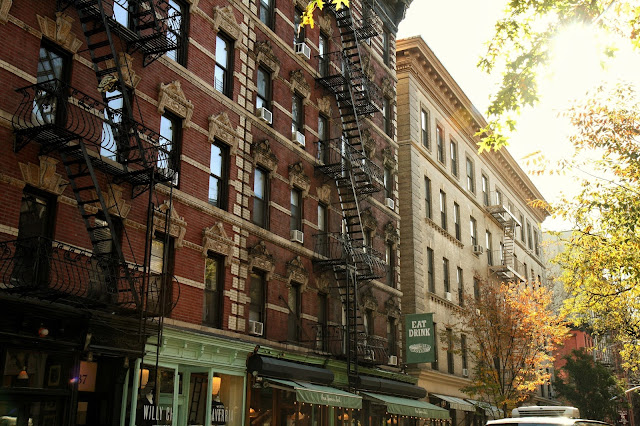 It was a normal Friday night and we where chilling on the sofa in the joint activities hall at campus. The dining hall would open in just a couple of minutes and my tummy was rumbling. Just as we were about to get up David came running towards us. Slightly out of breath he asked us if we wanted to go to a free broadway show, we jumped at the opportunity. A few minutes later we found ourselves in Lucas' (the other amazing guy from activities) car riding to the train station. He explained what the musical was about since we had no idea. Apparently it had something to do with drag queens and Todrick Hall, which was all that I needed to know. I knew that would like it. Todrick Hall is a famous youtuber, from whom I had seen a lot of music video's and he is incredibly talented. The broadway show was called Kinky boots which might give you a hint of what the musical was about. It had it all, it was stupidly funny, stunning outfits, and the singing was unbelievably good. The company also made it all the better, they (David and Lucas) knew all the songs and I was so glad I got to experience this.

It had snowed during the night and after I had put on my glasses I could see a white blanket of snow covering all that was there to cover. Elien and I decided that we wanted to build a snowman. I asked my roommate Sofia (she is from Venezuela and had never build a snowman in her entire life) to help us build it. The snow was perfect and it turned out pretty good. Later on in the day some other student but a Trump mask on it's head. Well what'u gonna do
In the evening Sofia and Luis (also from Venezuela) where making arepas and I was really curious to what it was. A buttery smell had filled the room by the time they had finished and I got to finally try it. I can't really describe the taste of it but it reminded me op popcorn, I surely liked it.

If you haven't seen the trailer of collateral beauty yet than stop reading this and go and watch it. It gave me the goosebumps the first time I saw it. We had reserved the best seats and where totally prepared to be amazed. About two hours later we were sobbing in tears, I had literally rivers flowing from my eyes. I loved every minute of it.

On Monday Renee, Elien, Sofia and I made chocchip cookies. Now that I am writing this I recognize that I had cookies last week also. Oh well I'll go to the gym tomorrow. They were extremely good though.

Bas' mom came to visit him this week and she invited us out to dinner on Tuesday. We went to sweetgrass, a really cute restaurant in Tarrytown. You have normal options but also some vegan one's, what Renee and I liked. I ordered the quinoa, kale and sweet potato burger, it was really good. As desert I shared a apple crumble pie thingy and vanilla bean ice cream with Renee, it was heavenly. And all the stories that we shared about Christmas made me truly exited for Xmas break!