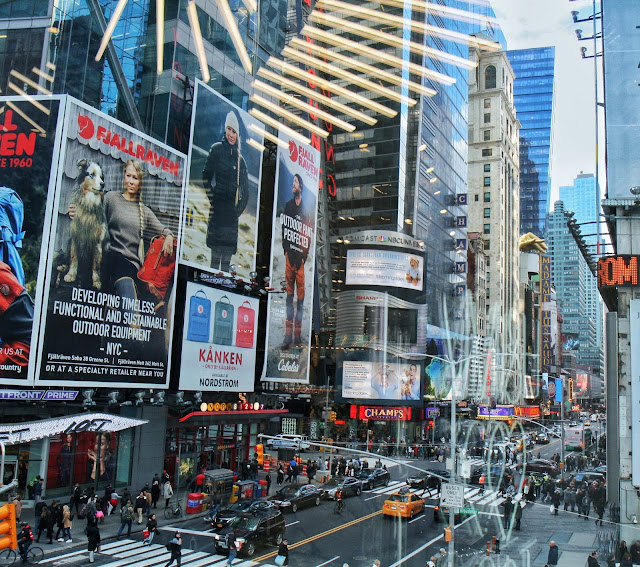 It will be Renee her birthday next week and she wanted to take some pictures before hand to put on her Instagram, which of course I wanted to help her with. We had planned to buy balloons for her and for me because than we could shoot some for my birthday as well. Unfortunately they did not have the eight anymore, *sad face*. However we did have a lot of fun with hers, it was quite obvious that it was her birthday(which actually it wasn't but we pretended it was for the fun of it), therefore a lot of random people wished her a happy birthday and recommended us the get wasted and spent a lot of money. Kind made me think about the whole purpose of prolonging the age of which you are allowed the legally drink to then get so bloody drunk that you brain matter gets destroyed anyway. Huh weird. After buying the balloons (which where ginormous by the way) we needed to find a bathroom for renee to change clothes in. We walked into a crowded Starbucks where we did not have any luck in finding it. We went through another door and suddenly stood in a lobby. There where to security guards sitting there who asked us if we needed to use the bathroom, which we did, whereafter they explained to us that there wasn't any. As disappointed as we where we gave them one last hopeful look, which granted us the question "Is it your birthday today?". He explained to us the way to the third-floor hidden toilet. We stepped into the elevator which had the tingly sound at the opening and closing point of the doors and the light that lit up green above the one who would arrive. I felt as if I was in a old movie. It took some looking around but we finally found the bathroom.
When we where done we greeted the guards, thanked them and headed on out. When we looked behind us we could see that we entered a real posh people building. We felt sort of special to have used that kind of gross, third-floor hidden toilet. Now Renee had her outfit on we could start shooting. It was a little hard because the place where we intended to shoot was occupied by a giant snow globe, we got the pictures though.
Ellen's Stardust diner is a restaurant just of Times square on broadway. I would not go there for the exquisite food (although the waffle fries where amazing) unless you really what the fatty salty American food. I would go there for the amazing experience. All of the waiters/waitresses are amazing singers, some more than others but still way better than your average person. Some of them have already been on broadway, some are still dreaming of someday making it. They sang everything from 'all the single ladies' to 'Les Miserable's: One day more', which almost made me cry, god I love Les Miz. Ten more birthday wishes later and we found ourselves back at the campus. 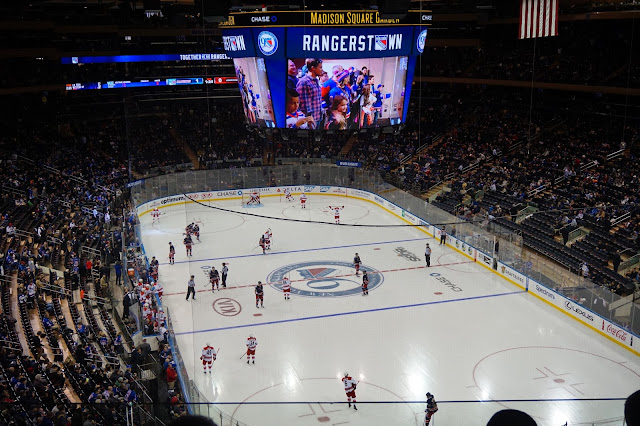 Ice hockey is a sport that I have always wanted to attend a game of, I don't no why but it just intrigues me. We where at the New York Rangers - Carolina Hurricanes game in Maddison Square Garden on Saturday. Once again we where surrounded by Dutch people. I do not no how or why but Renee and I always seem to find the people we definitely do not what to get in contact with while doing these types of things. Luckily for us there were also a lot of overwhelmingly loud screaming americans behind us. We where satisfied that we got a glimpse of the beer drinking, regrettably stupid mid twenties generation. The Rangers won with four against two. It was a great weekend of celebration our birthday's together even though not one of us where actually born on December the second. We just generally wanted to celebrate with each other that is why we renamed the 2nd of December as our joint birthday.
Yours Faithfully,