A day in Central Park #NYCLife15 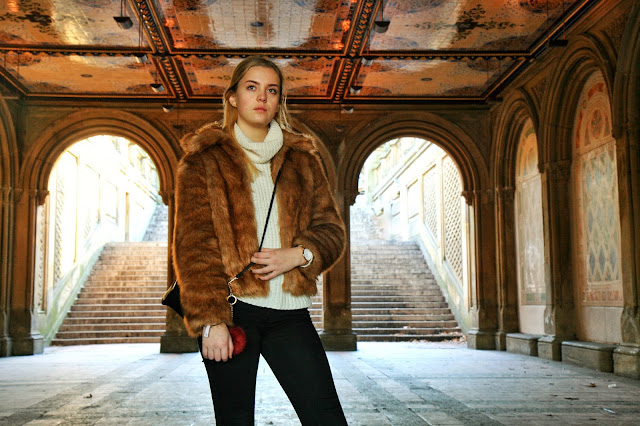 It was the day after Christmas but we had no intention of taking it easy. Renee and I didn't sleep that well but we had decided to go to the gym anyway. I didn't do as much as usual but I still got a solid ten minute run in and some ab workouts, it actually felt pretty good to get a morning workout in. We ate breakfast and headed to the city.  Our schedule was perfectly planed and the weather was wonderfully warm for the this time of year. We came up with the idea to go on a stroll in central park, as apparently many others. It was packed with people but I did not let it bother me. We took some awesome shots; walked over the many bridges; sat down to listed to a talented violinist and enjoyed the winter sun next to a little pool. It was amazing, it made me realize how important nature is. Central Park is one of the only places in New York you can truly relax and come to peace with yourself. The mellifluous sound of all the music being made me incredibly happy. 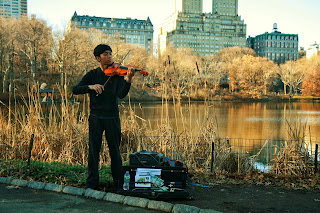 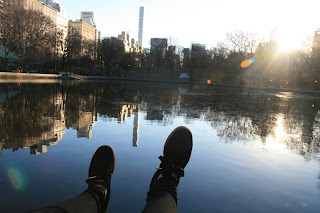 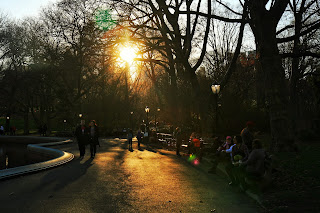 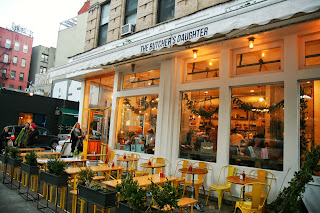 Renee and I wanted to have dinner at the butchers daughter cafe. We had never been there before, so we first had to figure our how to get there. It turned out to be in a kind of sketchy part China town. The cafe  itself however was very cute and the food was healthy and delicious. On our way to go to dyker heights, which took us about thirty minutes, I just stared out of the subway window realizing that this is in actually my life. It's weird sometimes to think about stuff like that, you know, who you are and how you got here? Is there such a thing as faith. I couldn't figure it out I still have a lot more subway rides to go before I find that answer. When we arrived, we felt out of place. There weren't a lot of people, but there definitely was a lot of garbage laying on the streets and most buildings looked abandoned. The walk to get to all the christmas lights was still twenty minutes so we decided, because we are pussies, to go back. Like the total white girls that we are we decided to get starbucks and a cookie to celebrate that we didn't die. OK that is a bit extreme, but trust me it wasn't the nicest of neighborhoods we ended up in. The cookie sucked, but the surrounding and most definitely the company did not. Renee and I just sat there talking for a while until it got to cold. It was despite of some let's say vague places still a beautiful day.

Like I previously had addressed we were pretty exhausted. Therefore staying in our beds the next day was just what we needed. I got to catch up with some sleep and series, and as a bonus got some work done. Although our bunk bed was warm and comfy, laying in there all they wasn't the best idea. Outside the temperature had totally turned around, it was cold with a very icy wind. Renee and I went to Sweetgrass again since we enjoyed it so much last time, and again it was good. After dinner we decided to walk a bit trough the streets of Tarrytown because all the Christmas lights were still up. We past the Fire department and must have looked very interested or just nosy as an old man who worked there immediately invited us in. Both of us got to sit in the fire truck and got a plastic helmet as a souvenir. The old man was lovely and we had a welcoming conversation about some serieus shit. Global warming and all that. Yeah something most certainly had to change in the world. Well let's talk about that some other time shall we. Have a good one, I'll enlighten you with more random things I do later.