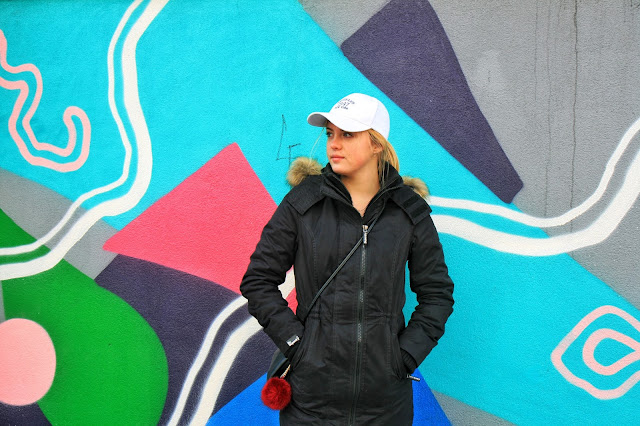 It felt weird to not spent every day with my other half, literally something was missing. Although I had to get used to that my day was still a lot of fun! I met a girl in class whom I shared lot of the same interests with , therefore we decided we should plan a trip. We both liked vegan food and photography so we decided to visit some hip food counters and restaurants to explore all that there was there to taste in the plant-based cuisine. Our trip started in Bushwick a very populair neighborhood in Brooklyn, it was already late in the morning when we arrived and we were famished. Amanda had heard of a good doughnut place so we decided to hit it up while we waited for a place in the diner. We went for a simple vanilla one with chocolate sprinkles. Although our choice wasn't the most adventures one it did not disappoint. After having shared only one doughnut we were still feeling empty bellied which was good since we had still our 'official' breakfast to go. As we walked into the diner I was surprised by how free all the people in there were dressed and it felt good to know that it didn't matter who you where or what you looked like, you would be appreciated anyway.
It was cold outside, like glacial Siberian cold. Even for Amanda, who is Finnish, it was pretty chilly. The plan was to take some good pictures, which we did anyway but it wasn't without a little suffering. We walked trough the all the cute streets and posed before some cool graffit, soon I was so cold that I couldn't feel me feet anymore. 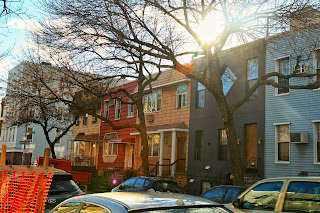 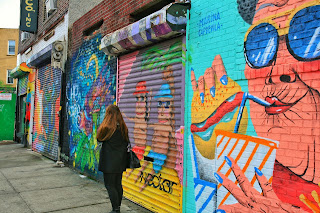 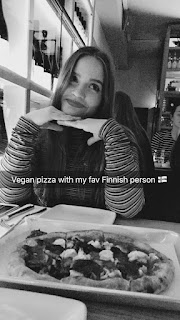 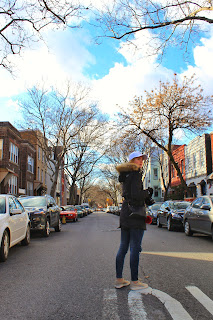 In Manhattan we checked some more places of our list. First of we went to cinnamon snail, it was located near Fulton's station, somewhere I had never been before which was rather exciting. We visited peacefood next, where we shared one of the most accurate of veggie burgers I've ever had te pleasure of tasting. Walked some more, than visited double zero pizza. I was stuffed and drained at the end of the day of all that walking, talking and eating.  But happy, yes all of it made me very happy.

It came, the last day of 2016 was (finally) upon us, and together with a full planned schedule and a reappeared Renee it was bound to be a good day. The twin tower memorial is definitely a must see when coming to New York, even tough I had seen it during my vacation to the big apple a couple of years ago it still brings up a lot of emotion in me. It is almost impossible to imagine the immense noice that the collapse had to have made, all the lives it took with it and all the terrifying, horrible feelings it arose. 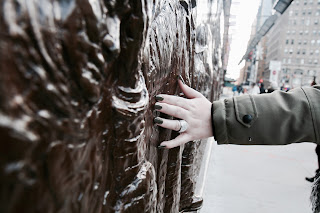 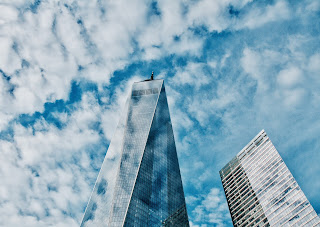 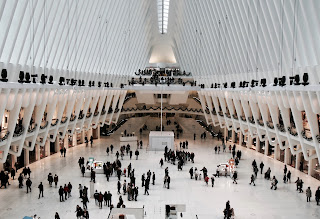 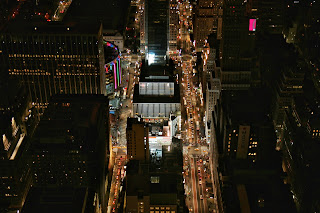 A part of Renee her family came to visit and wanted to see the memorial museum, I didn't know what to expect but it turned out to be pretty insightful. Afterwards we decided to go to Bryant Park to give ice skating a shot. I grew up with going to the ice skating hall every Sunday with my parents and lived in a part of The Netherlands where you are pretty much surround by water. My house is near a lake so I could almost literally walk outside and go ice skating, but because of climate change and a busy school schedule I hadn't stood on skates for over 5 years. That's bad, especially if your Frishian (google it). My first 'steps' on the ice were pretty scary but after a few minutes I regained back my self-assurance. The floor was bad, it had a lot of gaps and holes in it but we dealt with it. We probably were on the rink for a solid 30 minutes which felt good, it brought back a lot of good memories.
The plan was to experience new years on the Empire, yet we didn't because we found out it closed at eleven. That sad fact didn't stop us though we still went up all 86 floors and I got the change to take some okay photographs. Shortly after I got annoyed with myself and my camera, plus the wind was howling terribly outside which soon drove me inside. I looked out of the window some more, gosh this city is beautiful in its own disgusting way.
New Years I spent on the Brooklyn Bridge along with hundreds of New Yorkers. Despite the lack of fireworks it was still a special 12 o'clock. Renee was there along with her brother and mother, but mine were not. It was my first time being away from home for new years and it felt weird. Almost like it wasn't even to be celebrated, whatever I just made the most of the situation and that made it great.

I am happy that a new 365 days are here and although I did not make any resolutions I plan on making everyday worth living.