What a heck of a trip this was, probably everything that could've gone wrong, did. Nonetheless I must say this was one of the best trips I've had so far.
It all started when I came back from America, me and my two besties met up and decided to go on a holiday. We wanted to go sight-seeing in a city in a warm country where you also had a good party scene. Fortunately enough we had heard a lot of good things about Budapest, so the decision was easily made. We booked the trip there and then.
We where flying via Brussel since that was a lot cheaper, or so we thought... We arrived at Brussel airport only to discover we where at the wrong one! We had to take a cab, which wasn't cheap, to go to Brussel Chareloi the most crappiest airport ever where only to companies flew from. I think you could guess we where quite mad. We almost missed our flight to, the only reason we didn't was because it was delayed 15 minutes. When we were finally in our apartment, we went straight to bed. 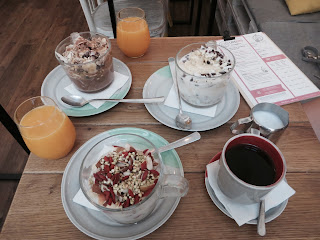 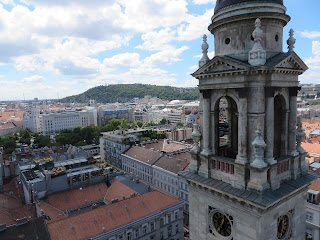 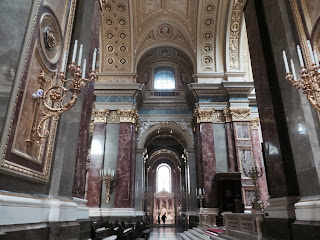 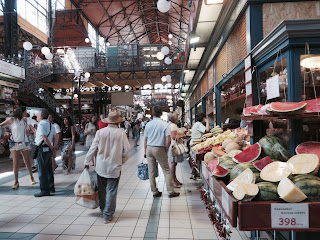 The first day, we went to have breakfast at this really cute place. They served mostly all kinds of vegan pies and had a lot of different musli options. We ate our bellies full with the delicious healthy food and started the day of right. After that we went to go see the Sint-Stefanusbasiliek, it's a really beautiful church fully decorated with gold, marble and all sort of holy paintings.
We went to the panorama top from where you got a good look over the whole city. Definitely a must do.
Since we decided that we wanted to have breakfast at the apartment. We did some grocery shopping at the great market hall, where you had all you needed to make a tasteful meal. We looked around, bought our food and went home. For dinner we went to this vegan restaurant called; Sunshine restaurant an confectionary. I had without a doubt the best vegan pizza I've ever tasted, the falafel/hummus platter and pesto pasta we tried are definitely worth mentioning as well. Afterwards we went home and crashed. 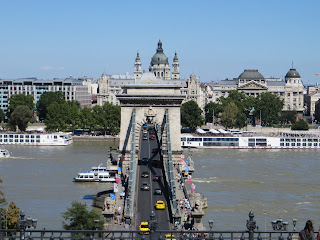 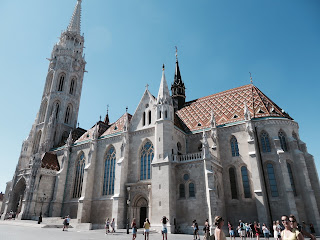 The second day we scoured the Buda side of the city, I think I was most impressed with the immensely detailed orange, green and yellow roof of the Buda castle. Since it was hot we did everything slowly, had a long lunch and late dinner. In de evening we decided to go out to one of the ruin bars. It was a very nice club, you had a lot of different bars, a dance area and an open area, it was an amazing night. 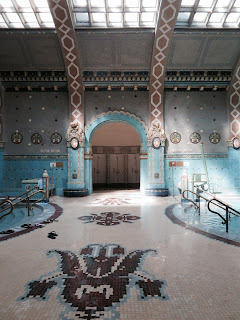 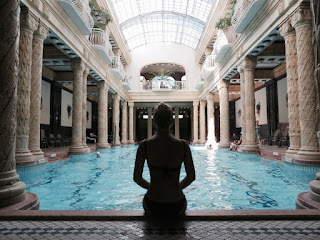 The next day we wanted to relax so we took a early morning spa day. Budapest is famous for it's thermal baths, the Gellert hotel having one of the most beautiful ones. It was a super chill morning an got us ready for the rest of the day. We went shopping
in the afternoon and we all found some nice things. 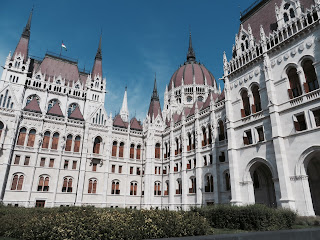 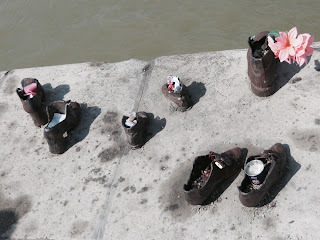 The fourth day we went to see the parlement, it is a huge white rock building with purple rooftops. Absolutely a must see, same as the WW|| Memorial; shoes along the Donau which is right behind the parlement. It is crazy to think what happend there, people being shot in the head and into the river swapped away by the current to the end of the river, only to become a mass grave full of empty bodies who where only killed because they happend to jewish. We found the shoes the size of probably not even a ten year old, it struck us how people where capable of doing such terrible deeds. Try to imagine standing there not even really knowing what it is to live, and never finding out because your life ends right there on the side of the river before it has even started.

On the last day we got a late brunch at the New York Cafe, it one of the pretties old coffee houses in budapest. I must say it is not cheap but I thing it is totally worth a visit. The venue is stunning, it has all the golden details, beautiful paintings, twisted pillars and brightly shining chandeliers and on top of that there is live music. It varies between a improvising pianist and a well trained mini orchestra. It was amazing, although you can't get vegan food here there are enough veg-options or items they can make vegetarian for you. It was a lovely end of our trip.

But we weren't done yet, we still got some drama coming. I'm going to keep this brief since I'm already so done with this part, but I feel like I need to mention it. We found out that we wouldn't make our last train back to The Netherlands, so we were stuck at the airport in Brussel. We tried to hitch hike, but no Dutch person is crazy enough to travel all the way via Brussel, which of course is logical. So that meant we had to stay the night, luckily I had messaged my dear friend Elien before hand and we could sleep at hers. It all worked out, but please remind me to never travel via Brussel ever again!