- March 28, 2018
Hey you!
I'm happy you're interested in reading about my days in this city, in my bias opinion, it's worth it!
Okay so this trip was rather random, I'd spoken with my Finnish friend Amanda a couple of times about me visiting her so totally unplanned it was not, but still it happend rather quickly. I had a free couple of days as she did, I looked up if there were any cheap flights and some minutes later the trip was a fact. I still had to wait a little while but it was definitely worth it! 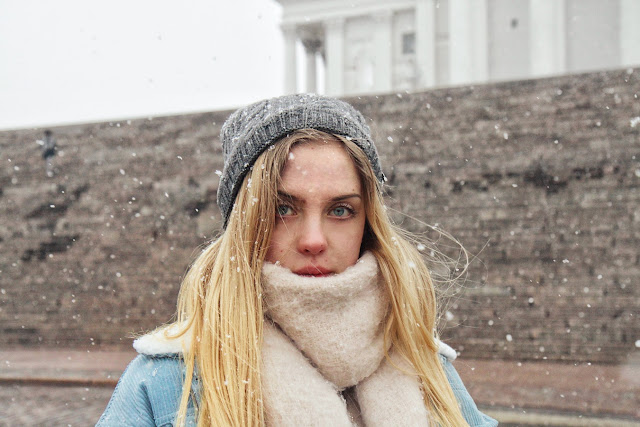 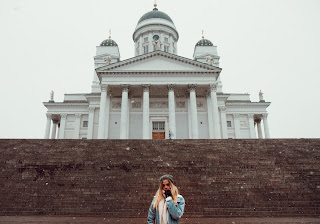 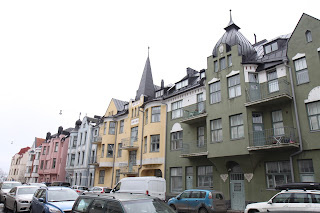 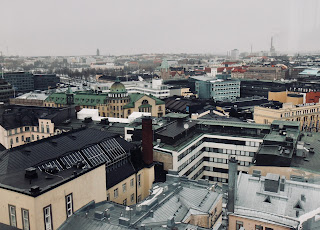 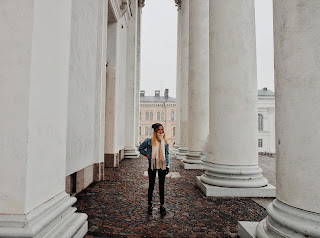 I arrived Thursday morning, Amanda picked me up at the airport, we went to her house to drop of my stuff and than straight into the city center to go explore. It was pretty cold, around 0 Celsius and very windy. Nonetheless, it was still beautiful. Helsinki is full of amazing urban and colorful architecture; a lot of pastel colors, Parisian/Roman influences like pillars and balconies all around. Something that makes a travel photographer drool about.
Furthermore we visited the Sokos hotel from where you get a wide view over the city, there's a rooftop bar and I'd also recommend checking out the toilets cuz that's definitely an experience as well ;). Afterwards we went to the white Cathedral which is very aesthetically pleasing, however, at this point it had started to began snow quite havely and the cold became a little to much to handle so after taking some cool snowy pics we decided to go home and warm up.
We went for dinner (I'm doing a separated blog about the vegan food I ate, so do not worry) and saw for me for the second time The Greatest Showman in the cinema. 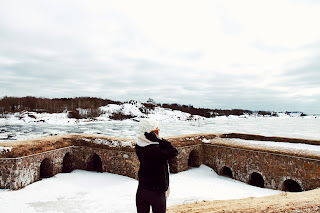 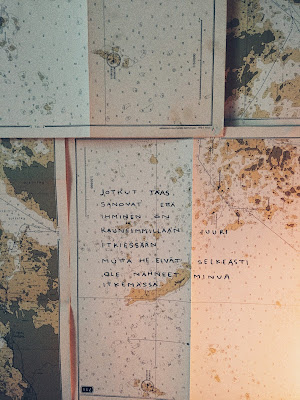 On Friday the weather had cleared up a bit which we were both very happy about obviously. The fist thing we did was visit the harbor from were we took a ferry to Suomenlinna Island. On this little Island there is an cool old war fortress, a couple of musea and cute cafe's. The ride back was great as well, we got a great view of the city with in the water all the lose floating big ice fragments which shined brightly as the sun shined upon them.
After lunch we went for a stroll in a hipster part of town where we stumbled upon a vegan cafe called Kolo. It was very chilled, people just having soft conversations and the rooms was decorated with pictures, maps and Finnish poems. We shared a cinnamon bun but than the apparently original finish version called Korvapuusti. I was delicious, one could describe it as a cinnamon bun/croissant mix.
We had dinner, watched a movie, had the giggles and called it a day. 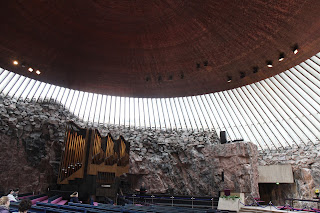 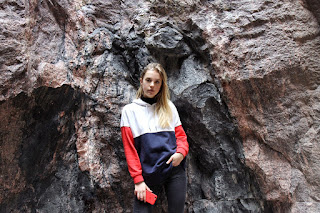 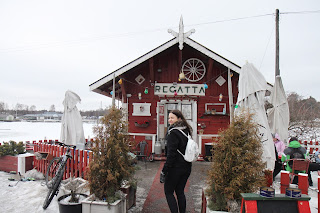 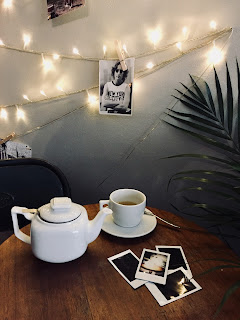 On the third and final day it was very cold/windy again which made for a cafe hopping day. Although we started the day of bravely, walked around in a other hipster area and visited a church build into a big rock. From the outside it almost looks like a bunker but once you enter it is beautiful. The ceiling is all coper with wooden windows, the walls are untouched rock with give a cave like illusion. There is a big copper church organ, all in all just a masterpiece to look at.
Amanda wanted to show me a cute cottage near the sea were we could have tea/coffee and some vegan treats, don't need to say more to convince me. It was a cute red little house, and indeed they had some great vegan items, we opt for the raw lemon pie.
We went for lunch, than to an other cafe called the Brooklyn cafe. I was on my 6th cup of tea at this point, but hey tea is a necessity in cold weather so it's allowed right. We chilled there a bit and when we felt package went for dinner. However, the day was far from over for me...
That evening Amanda had invited some friends over for drinks, it was a lot of fun. We drank Finnish alcohol, played dutch card games, laughed a lot, waited in line in the cold for an hour to get into the club (Tavastia), danced, got the vegan McDonalds (which is great btw) afterwards, headed home, drove directly to the airport, I checked in, got on the flight, slept maybe an hour max, got of the plane and onto the bus, arrived home, unpacked, showered, went to lay in bed all before 12 the next day.
Yeah that pretty much sums my Finland trip up I presume.
Hope you feel inspired to visit this city. I'm already contemplating going back next year in summer!