- November 28, 2018
Hi vegans or other earthlings that might want to cut on there meat intake or just general CO2 footprint. You're at the post. Now let me tell you all about the delicious food I consumed during my stay in Hong Kong! 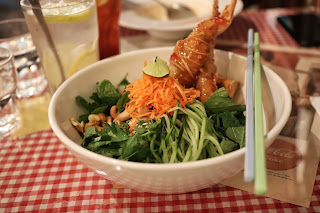 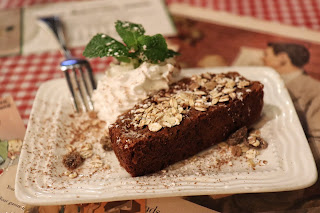 Veggie SF might not be the most tasty food I consumed but the place itself made it worthy to mention. I had the vietnamese noodles, it was lovely fresh and light on the stomach. The fried tofu gave it the fish feel but not in a gross way. As a dessert a had the banana bread which was delish, especially with the coconut whipped cream. But what really made the restaurant great was the service, we where helped by this lovely girl who could tell us a lot. Before leaving I asked if she had any recommendations for restaurants what followed into a thirty minute long convo about veganism. Loved it! 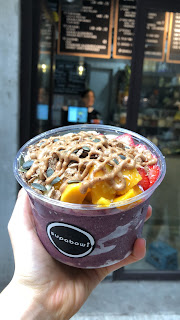 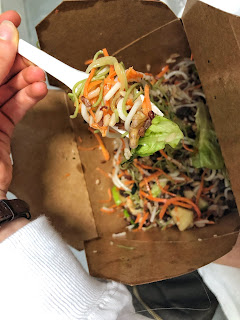 If you know me even a little you know that I love me a Acai bowl. So even in a city like HK where you don't necessarily thing of tropical iced smoothies I will seek out the spot that serves them. Low and behold I found Supabowl, you can choose from five varieties or create your own, which is what I did. I went back for breakfast two days later, yes it was that good.
Fresca is a tiny spot where you can create your own salad, perfect to take on a hike or surf expedition. I opted for the large box which lasted me for lunch and dinner. They really stuff it good. I liked that it wasn't to greasy, also you can make the meal as light or filling how you want. With the option between rice or lettuce or a mix as base and all the different toppings. Definitely well worth your HK Dollars! 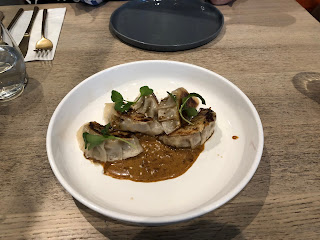 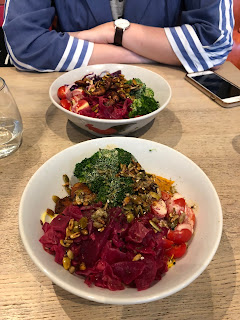 Even though it might not look the most apprising the gyoza's where extremely good. With a nice filling and a creamy mushroom sauce it was a good first try at gyoza's for me. Then a had the buddha bowl which I could, again, create myself. It was good not great but fueled me well for the hike we did after! 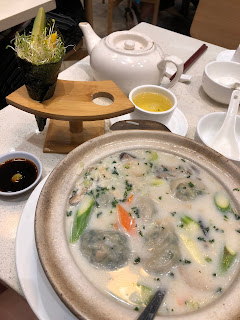 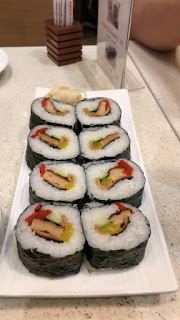 This is the only restaurant I have regrets about, not about the food but more about my choices. It is a all veggie restaurant but I was so shocked by all the shrimp and pork being mentioned on the menu that I chickened, no pun intended, out. It was only after that I realized how much I missed out of eating vegan salmon sushi but by then it was too late.. I opted for the veggie handroll, just OK, the veggie dumpling which were alright and the veggie sushi which I liked the best. I would recommend this, just don't be hesitant and order yourself some vegan meat. 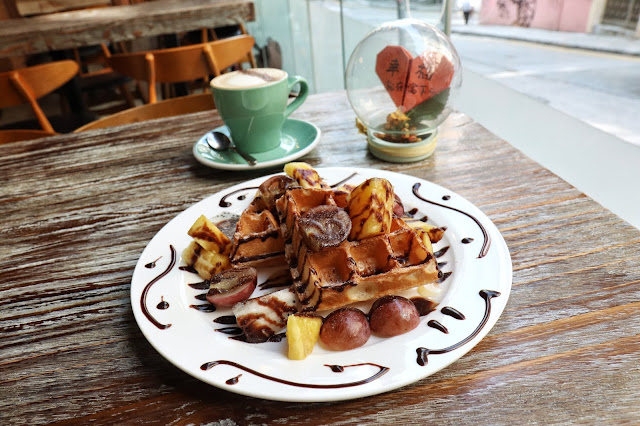 A decent vegan breakfast is hard to come by in HK since most places don't open before 11AM, however this cute restaurant serves an entire vegan breakfast menu. This includes oatmeal, sausages waffles and more. I opted for the waffles, I was just craving something sweet to start off my day. Although I didn't look like a lot to me, it was filling enough to keep me exploring for a while. The waffles were warm and crispy but soft on the insight and pared with the chocolate sauce it had just the right amount of sweetness. Some added fruit for health and there you have yourself a really great breakfast served with a warm cup of coffee. 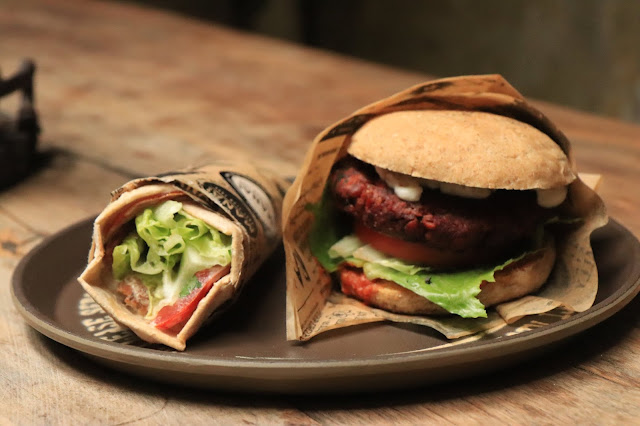 Last but most certainly not least is Mana fast food. I think this might be the best meal I had in hong kong. I tried one of there specialty Falafel flatbread which was soooo yummm. It was nice and warm and juicy with the right amount of perfectly spiced falafel. But let me tell you that burger was indescribable. The burger is quite soft but scores good in the taste department, but what really stole the show was the white sauce on top. It was sour, sweet, creamy and salty all at the same time and went perfectly with the burger. Even if you are just passing through HK, make a pit stop here. You're welcome in advance.