- December 17, 2018
Hiiii! Well the only thing I seem to post these days our food blogs. But let's be honest, what's better than food, not a lot. So let's get into it. 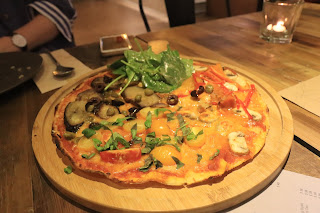 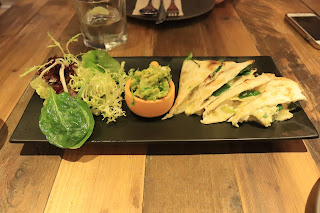 After doing a long and pretty intense hike me and a friend found ourselves craving some Italian food or just in general carbs. We found this place which serves both. We got the vegan cheese four seasons pizza which was light but very tasty and a really good choice if you can't decide on toppings ever. I mean, that's me. With this pizza you basically get all of them. It was delicious. We also shared some artichoke and cheese enchilada's which were surprisingly good. I went in a bit confused by the combo of flavors but was definitely not disappointed. As a dessert we got the raw cheesecake but it was gone before I could take the pic. That says enough I guess. 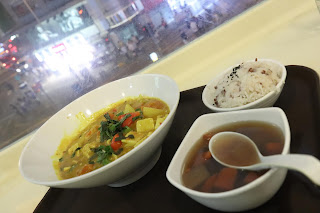 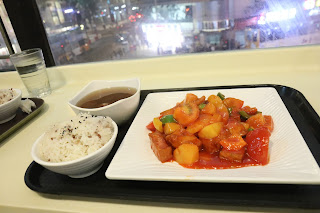 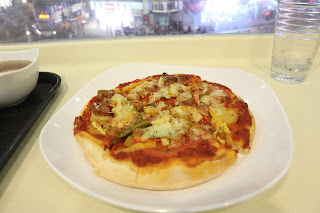 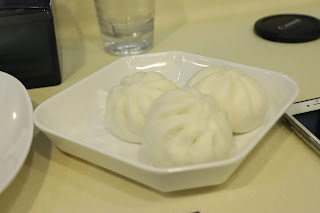 After an other hike, yes I did derserve all those calories. I went to a vegan chain restaurant that's to be found in quite a few place. However I'd never been there before. We decided to not hold back and just order everything we wanted, you don't have to tell me that twice. We order the Hawaiian pizza and steamed buns as sides. The pizza had a thick doughy crust and some veggies with cheese and pineapple. After a hike like that a pizza like that was exactly what I wanted. The bbq buns I just wanted to try because I had never had them before. They were alright, a bit dry. I dipped them in the sweet and sour sauce that came with the main, this made them pretty decent. As a main, you might see this one coming, we shared a sweet and sour crispy tofu and veggie fry. As well as the Thai style tofu curry. The stir fry was nicely seasoned and the veggies weren't overcooked, very tasty dish. The curry we liked better though. A bit spicy but not too much, and the 'prawns' that where in the stew were sooo yummy. We might have fought over the last piece. 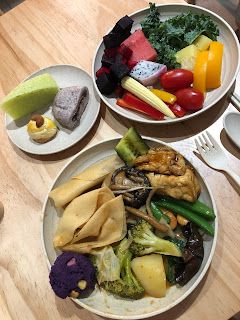 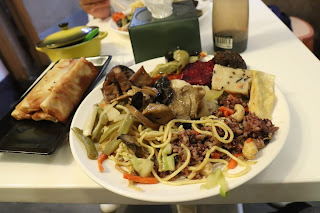 If you know me, you know I love me some 'All you can eat', and with buffets that's precisely what you get. The first asian style buffet I tried was Everyday, not only because it was close by in TST but also because it's very cheap. Upon arriving I immediately grabbed me a plate and started to pile up the food. I wanted to taste as much as I could. I am not going to describe everything I ate but I am going to give you the tops and the nah's. The things I wouldn't get again were the purple sweet potato ball and the the weird fried thingy, the rest was all great. A definite get were the desserts, I went back for seconds and thirds...
The second buffet I tried was a late night one so they didn't have everything anymore. We arrived to an almost empty place apart from to old Asian men and the woman who owned it. Who was lovely. She made some fresh dragons fruit and spring rolls for us. Both tasted delightful. I also got some noodles and other mixed asian cuisine food, all a bit oily but the taste made up for that. There also was some sweet soy chunks or whatever it was called. Still don't really know what it was to this day but damn defiantly try them, it was glorious.

That concludes almost all I ate in Hong Kong, I do still have an impossible burger review and airplane food blog coming up. So stay tuned for that.